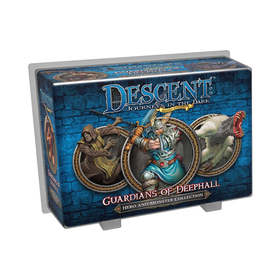 Leap to the defense of Deephall or ensure the city's destruction in the Guardians of Deephall Hero and Monster Collection! In this Hero and Monster Collection, you’ll find thirteen plastic figures, previously only available in the first edition of Descent, now reimagined with new figure sculpts and artwork. In addition to these detailed figures, you’ll find two brand new quests chronicling your battles for Deephall.

Four heroes defend the stalwart walls of Deephall in this expansion. You can harness the fighting prowess of Mordrog and Lord Hawthorne, the healing power of Sahla, or Sihouette’s undercover assassinations. A host of the overlord’s monsters stand against these heroes, however. Two crypt dragons, three wendigos, and four dark priests arrive to swell the overlord’s forces and besiege the city of Deephall. 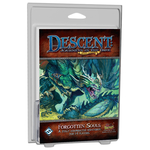 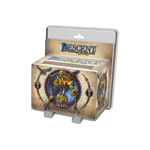 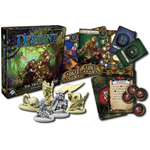 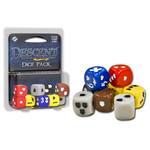