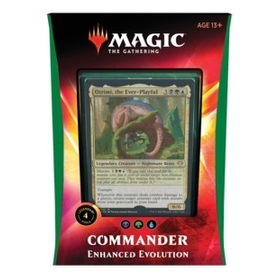 Choose from three fierce Commanders from Ikoria: Lair of Behemoths (IKO) to lead your deck to victory—four legendary creatures, including two that share a magical bond and can command your deck together.
Commander is a Magic: The Gathering (MTG) multiplayer format where alliances are formed, friends are betrayed, and grudges are repaid with a vengeance.
Grow and develop your creatures’ powers to new heights with the Enhanced Evolution deck—bring your mutated monsters back from the dead with Otrimi, the Ever-Playful; build an army of hydras with Zaxara, the Exemplary; or gain life and strength as you take down your enemies with Cazur, Ruthless Stalker and Ukkima, Stalking Shadow.
Enhanced Evolution is one of five Commander Decks from Ikoria: Lair of Behemoths (IKO). Each includes exclusive cards tailored to that deck—pick your favorite mechanics and dive in to battle!
Battle your way through the plane of Ikoria with monster-themed mechanics that grow your creatures, build your bond, and crush your opponents.
Contents: one (1) foil oversized Commander card, one hundred (100) card deck, ten (10) double-sided tokens, one (1) deck box, one (1) Life Wheel, one (1) punchout keyword counter card 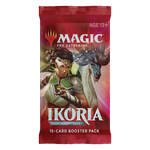 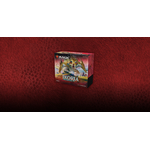 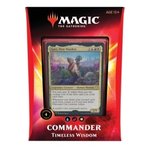 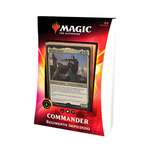 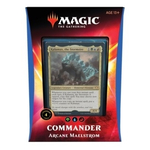 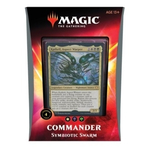 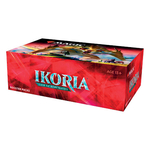 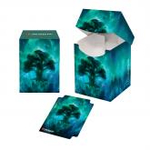 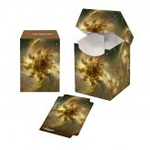 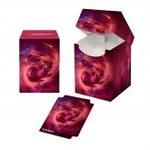 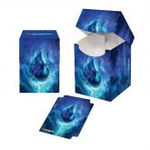 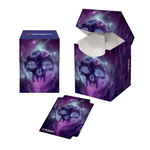 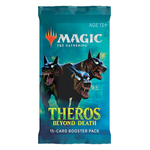 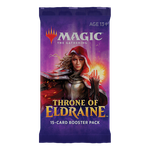 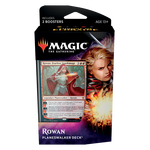 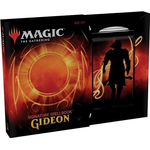 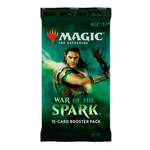 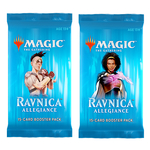 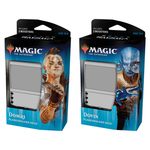 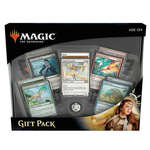